2019 started with a bang for MWA! Having just finished our 30th year in business, we are excited about the next 30 with promotions of several staff members into new leadership positions.

Diana Moosman was recognized for her design leadership in the studio and is named Lead Design Architect. Her commitment to excellence in design has helped elevate some of MWA’s recent work including the Slim House and St. Francis Park Apartments.

Three of MWA’s most dedicated team members have been elevated to Directors in recognition of their ongoing firm leadership. Cézanne Miller has been promoted to Director of Business Development to continue building on her many years of supporting MWA’s business development and marketing. Greg Robley was named Director of Water and Infrastructure. Greg has been overseeing some of the Bay Area’s most complex projects including the SFPUC’s SE Plant Biodigester Facilities. Jean von Bargen Root is now Director of Special Projects. Jean has long tackled some of the firm’s more interesting projects like the LEED Gold Interstate Renovation Project and now a highly sustainable Living Building project in King County, WA.

Last but not least, MWA has named SIX new Associates. Brittany Williams has demonstrated her leadership skills with her work on public infrastructure projects like the SFPUC’s SE Plant Biodigester Facilities. Chad Sanderson is dedicated to the design of complex public infrastructure projects including the Lake Oswego River Intake Pump Station. Kristina Hauri has been a champion of affordable housing design and is currently working on the Northwest Housing Alternatives Campus Redevelopment. Margaux Wenz is an invaluable resource for the design studio and is our interior design guru on a full spectrum of projects from affordable housing to infrastructure. Her recent work includes the St. Francis Park Apartments and the City of Portland Emergency Coordination Center. Ryan Roepke continues to provide diligent service to clients and teams on a variety of infrastructure projects including the nearly complete Oak Harbor Clean Water Facility. Taryn Wheeler honed her MWA chops on a large facility project but has found her passion in providing excellent service to our affordable housing clients including the second phase of the Isabella Court Senior Housing project. 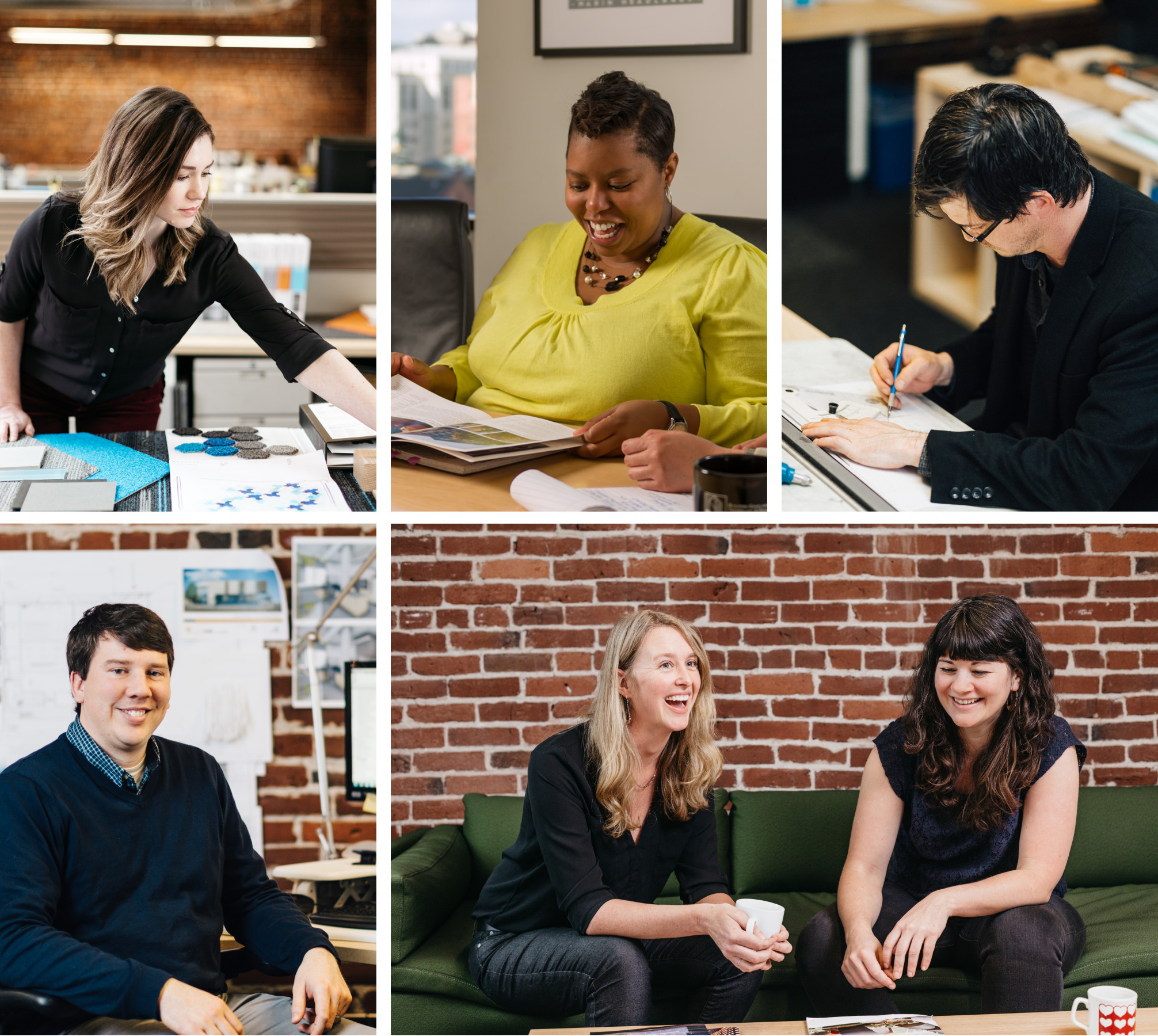