Enlivening the St. Johns skyline since its development in 1971, Schrunk Riverview Tower is a prominent feature as the tallest building in the neighborhood. As a home for low-income older adults and people with disabilities, Schrunk Tower needed to be renovated to serve its community better and increase residents’ quality of life. We joined Home Forward in renovating their 11-story tower to improve energy efficiency and air quality; Schrunk tower is the first and largest of four affordable housing renovation projects.

The most sustainable thing that this non-profit developer can do is renovate their existing affordable housing towers to improve the assets’ livability, resiliency, and energy efficiency. 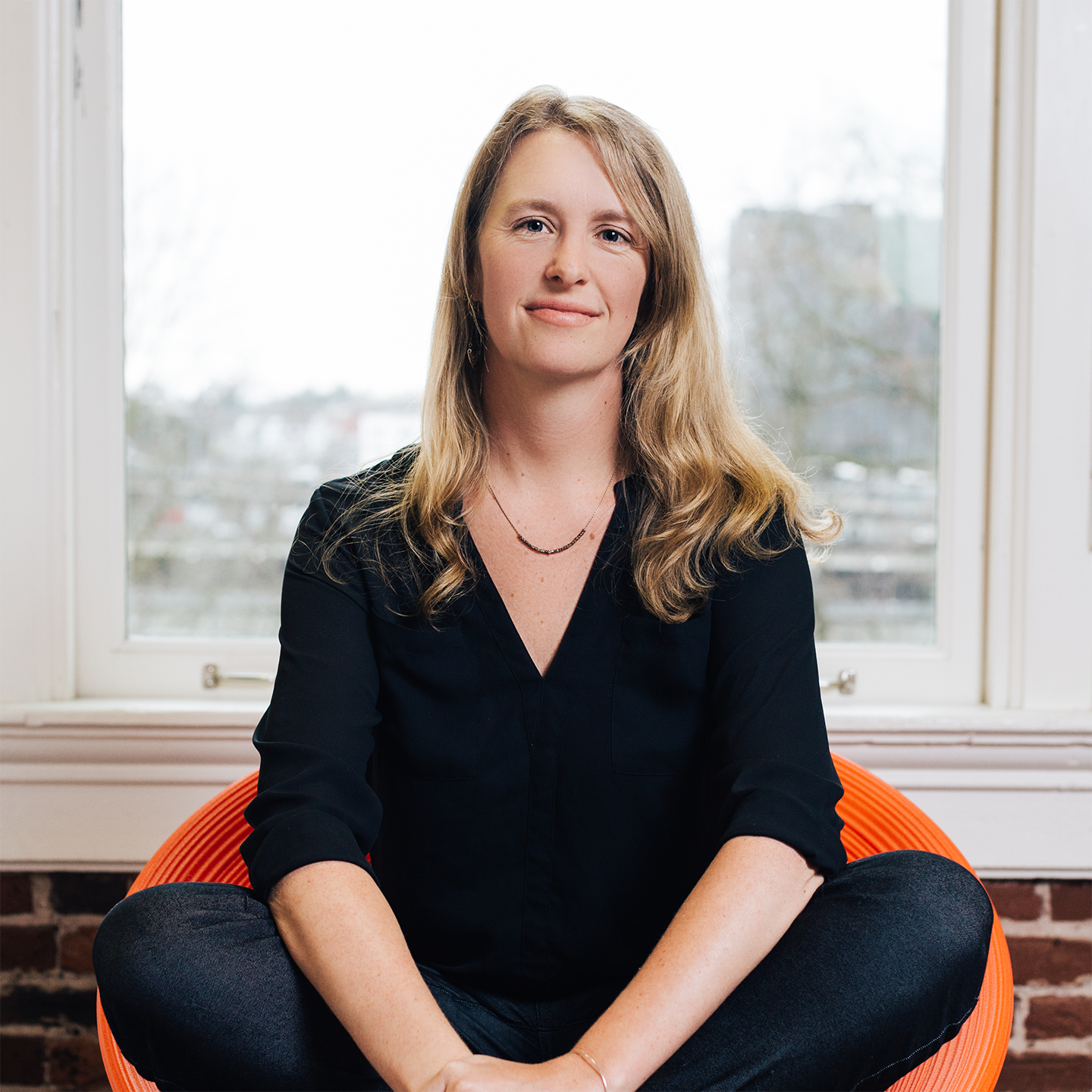 Minor tenant improvements had a major design impact on this never-before renovated building. Schrunk Riverview Tower is visible from the highway across the river and the St. Johns bridge. Highlighting the building from a distance, designers chose a robust color scheme to contrast the neighborhood tree canopy and accent the tower’s unique form. By updating the color palette to emphasize the strong vertical fins, designers revived this 1970’s design. For contrast, the dark towers bracket and anchor a lighter touch for the balconies and insets, creating texture and depth that can be seen from a distance.

Never-before renovated, Schrunk Tower needed substantial improvements. Understanding that this has been a long-term home to many, designers strove to improve residents’ dignity and quality of life. With ventilation and plumbing as a priority, both systems were replaced and brought up to current-day standards. Focusing on resilience, new shear walls were constructed as a seismic upgrade to help make the tower structurally sound. Converting some units into Type A ADA units was also part of the architectural scope. Once the renovation was complete, residents told MWA, “I never felt like this was home before, and now I do.”

As an occupied rehab, we had to navigate the methods of efficiently and effectively relocating residents. It’s standard to relocate residents one floor at a time (horizontally). Since this relocation was due to plumbing replacement, we had to move vertically. One benefit of an occupied rehab is the access to resident interaction and community input.

Celebrating the St. Johns community’s creativity, the Regional Arts and Culture Council (RAC) will incorporate a mural into the tallest section of Schrunk Tower. The mural is currently undergoing the community input process.